This is a biographical page – written for and dedicated to Professor John Lawing, (retired) from Regent University where I earned a M.A. in Communications with their first graduating class in 1980. What I learned in your class is more directly related to what I’ve done with my career than anything else I learned at CBNU/Regent. Thank You!

Seven years passed from the time I graduated from Regent University with my Masters of Arts in Communications, until Communicating Advantage was registered as a business in February 1987. It was as though I graduated too soon, and needed to wait for the technology to become available. Until that time, I started a successful ‘solid fuel heating system maintenance company’ (Pickwick & Poppins Chimney Sweeps). I purchased a MacPlus in 1986 to organize the presentation of the business for sale. The Mac with it’s 9″ square black and white screen and Apple LaserWriter provided a revolutionary way to layout type and graphics, and I was an early adopter. These were the early days of ‘desktop publishing’. Our offerings were limited by the technology, but I expanded as computers became more powerful and software more capable. 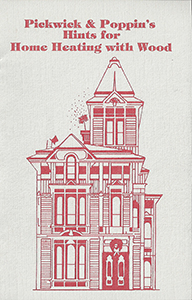 While I ran the sweep business, I used communication and layout skills from your class to write, design and produce a safety handout for our customers. The National Chimney Sweep Guild honored me with their ‘Best Safety Handout Award’ at an annual convention. It was entitled: Pickwick & Poppins Helpful Hints for Home Heating with Wood.

Even Uncle Pat asked, ‘what is a guy with a Master’s Degree from Regent doing sweeping chimneys?‘ after a segment on the 700 Club aired about my conversion in India and subsequent journey through Regent U and early career. I called it my existential dilemma. Looking back, those years taught me practical lessons about: business, marketing, serving customers, managing employees, balancing the books, payroll, incorporating, managing liability, complying with regulations and so much more. It provided part-time employment to several musicians and unemployed pastors. After a significant down payment, monthly payments from selling Pickwick & Poppins afforded me two years to learn the technology without working in the traditional sense of going to a job, and I have been my own boss working from a home studio since graduating. 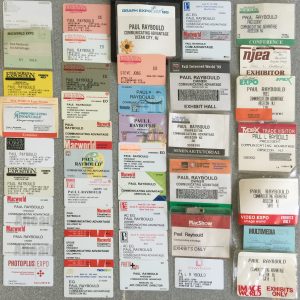 In my quest to learn, I joined the Boston Computer Society and used GENIE (General Electric’s Network for Information Exchange) and Compuserve – precursors of today’s internet. I became active with the Atlantic City Area Mac User Group and served on the Board for five years and as President for two. I attended every Boston Macintosh (MacWorld) Expo – starting in 1987. When Mac Expos moved to NYC, I was there, often taking advantage of my role with the Mac User Group to participate in Adobe’s, Apple’s and Symantec’s user group breakfasts. In addition to Mac-centric expos, there were media-related seminars and expos to attend. This was an exciting time. I was addicted to learning and did everything I could to stay current with the latest technology and trends.

In addition to producing published materials and presentation graphics, I responded to the demand for digital workflows in design among ministries and businesses and began consulting and training on Macintosh computers. 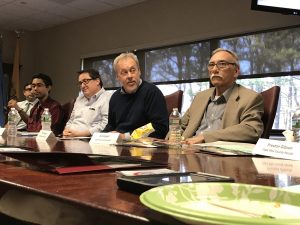 I was recruited by Atlantic Community College (ACC – now Atlantic Cape Community College) where I designed and taught their first Macintosh-based graphics course, entitled: Business Graphics on the Mac. We used PageMaker because Aldus provided a $99 limited version with an educational bundle. At that time I beta tested software for LetraSet called DesignStudio but used Quark Xpress in my business. I taught the lab portion of Introduction to Computers (MicroSoft Works), and their second-tier programming course – Information Systems and Programming. I still participate annually on two community/professional advisory boards, New Media Studies Advisory Council and Computer Information Systems Advisory Council.

In the mid-1990’s Communicating Advantage provided support for AtlantiCare’s Communications (Public Relations & Marketing) Department. Initially helping them realize the cost-savings of digital publishing by bringing the CenterLife (employee newsletter) in-house while training their staff. Then I collaborated on designing their first website and taught their internal graphic design staff. I also setup and maintained the database component of AtlantiCare’s Provider Directory – an online physician search tool, updated monthly.

Scroll down to see some of the early projects. 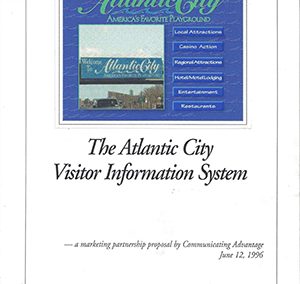 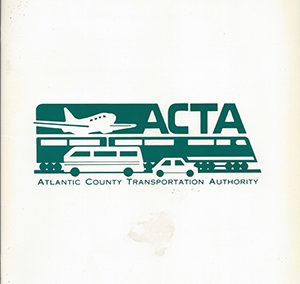 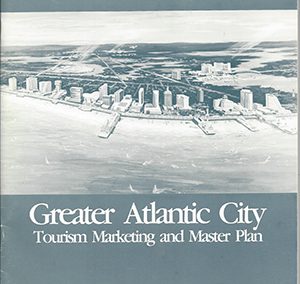 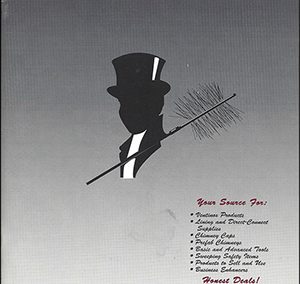 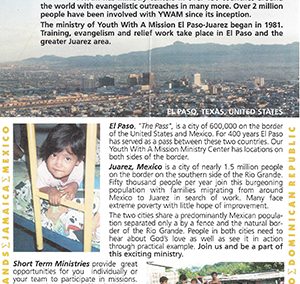 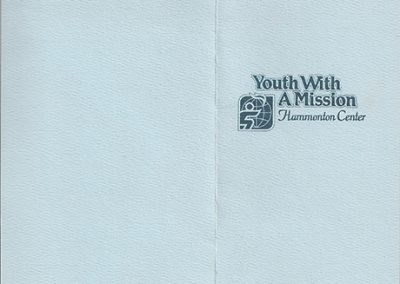 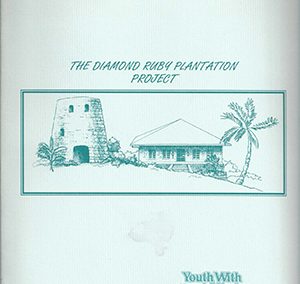 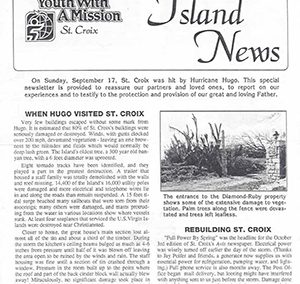 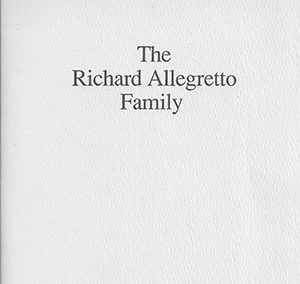 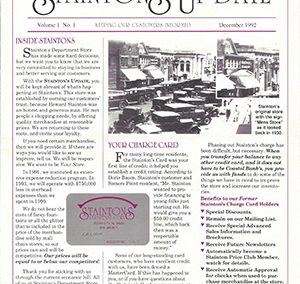 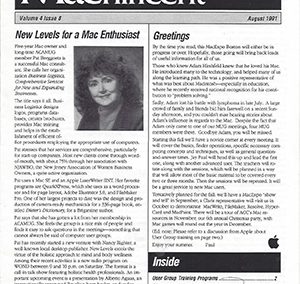 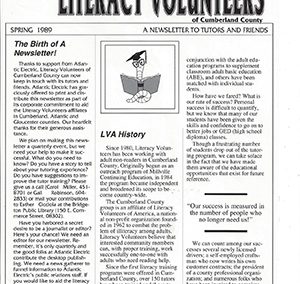 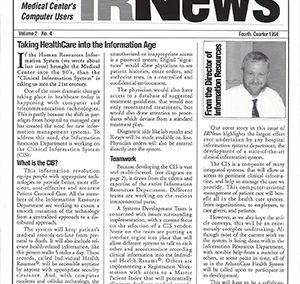 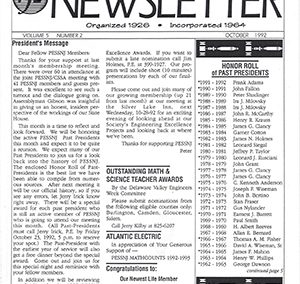 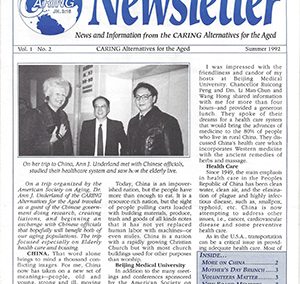 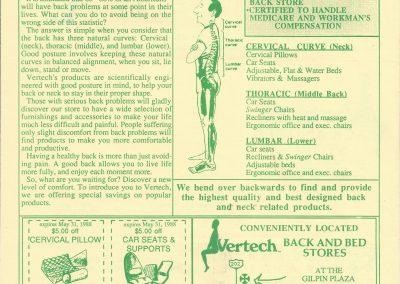 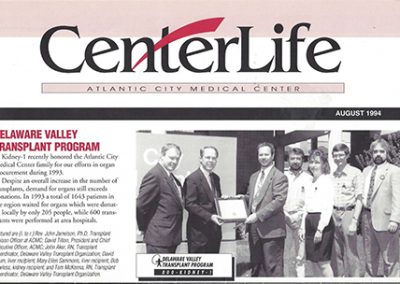 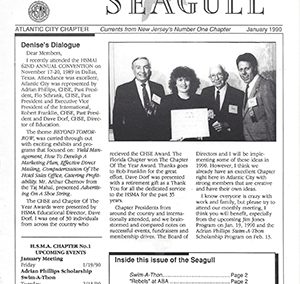 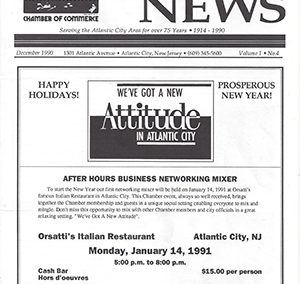 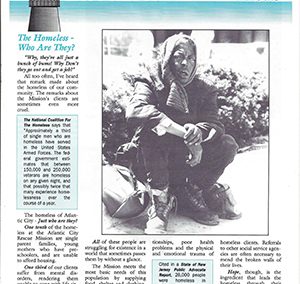 Refer to the ‘Project’s menu to view other categories of my work.