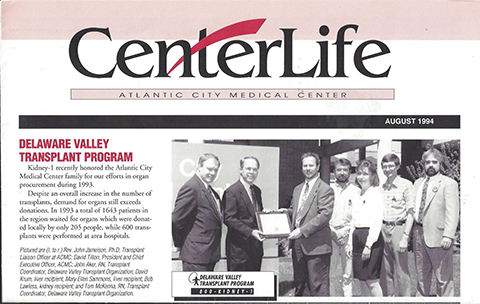 Communicating Advantage provided AtlantiCare with their first digitally created newsletter. Prior to us they used traditional typesetting and screened photos – a process that cost more, took longer and was unresponsive to making last minute changes. We determined that they saved over $700 on the first issue and the photos were sharper (and improved with PhotoShop). In one issue we gave all the women tummy tucks – for fun. No one complained!

We followed an established design that provided continuity, and subsequent issues were used to train their internal communications personnel to using Quark Xpress (we changed to InDesign as soon as it became available).